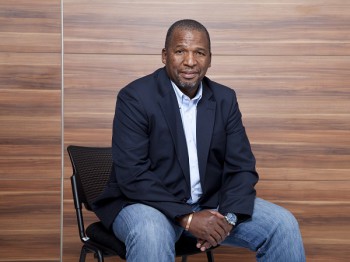 The ZA Central Registry (ZACR) has a new CEO with a vision to accelerate transformation within the South African DNS (Domain Name System) industry while staying true to the technical core competencies that have resulted in almost 900 000.co.za domain registrations.

Under Mr Dundas’ watch, the ZACR successfully transitioned from UniForum SA with its narrow focus on simply administering the .co.za domain; to a fully-fledged registry operator responsible for the administration, growth and development of domains that now also include .joburg, .capetown, .durban and .africa. Furthermore, significant strides have been made in terms of encouraging the wider development of the Internet on the African continent.

Already a respected figure within the local Information, Communications & Technology (ICT) sector; industry watchers would be familiar with Mr Masilela as chair of the SA Communications Forum (SACF) and as a current board member of the MICT (Media, Information and Communication Technologies) SETA and a former board member of the ZA Domain Name Authority (ZADNA). Perhaps most significantly, Mr Masilela was also a member of the team tasked with reassessing the country’s National ICT Policy. His career history includes an impressive 17-year tenure at Siemens SA.

His interest in the DNS industry stemmed from his involvement in the regular worldwide meetings of the Internet Corporation for Assigned Names & Numbers (ICANN).

According to Mr Masilela: “It was while chairing the working committee in preparation for ICANN 47 in Durban that I fully understood what tremendous potential the DNS industry had in South Africa and what a gem this country possessed in the ZACR as a centre of excellence. I also realised that the ZACR needed to transform into an agent of change through the offering of DNS training to black registrars, in particular.”

He elaborated: “In this way we will be able to attract the skills we need while accelerating the transformation of the industry which will be good for all stakeholders. By enabling more promising individuals interested in the DNS industry to access our accredited training courses, the ZACR will be able to boost black ownership of Registrars.”

Mr Dundas and the original UniForum SA / ZACR founding team of Theo Kramer, Calvin Browne and Mark Elkins have propelled the Registry Operator past milestones too numerous to list. However, chief amongst these must be the historical migration of the ZACR to the Extensible Protocol Provisioning (EPP) platform. This platform is a world-class system that allows seamless registration and management of domain names.

“Lucky has his work cut out for him but with his extensive ICT background we are very confident in his ability to take the company to the next level,” concluded Llewellyn Jones, chairperson of the ZACR Board.